Hey, your browser is out of date!

We have noticed you're currently using an old insecure version of
Internet Explorer.
‍
To provide you with the best user experience possible, you will need to update your browser to continue using this website. 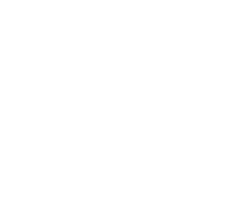 The fact that Pandaw refers to its itineraries as river expeditions, and not simply ‘cruises’, tells you a little bit about what you can expect from your time with them. The operator specialises in trips within Asia, focussing on taking guests to countries such as Vietnam, Cambodia, Myanmar (Burma), China and India. As a new product for 2017, Pandaw have also started offering river cruises through Borneo.

Life on board is a thoroughly relaxed affair with no need for conventions such as dressing up or dining at the captain’s table. This helps to create a friendly atmosphere and an environment in which the crew offer some of the best service on the world’s rivers. In fact, the excellent ratio of one crew member to every two guests is something that brings people back time and time again.

The vast majority of itineraries are all-inclusive. There will be no need to find extra money for shore excursions, meals and standard drinks; even your gratuities to the dedicated crew members are covered by the price you pay before you sail. You are also free to do as you wish during your time with Pandaw, joining in with the shore excursions if you like, or choosing to stay on board and relax with a cocktail if you prefer.

The fleet of beautifully handcrafted vessels have the shallowest drafts of any ships operating in this part of the world, so you won’t be restricted by water levels at any time of year. And with profits being passed onto local community projects, you can rest assured you are travelling with an operator that cares about the destinations they visit as well as their paying guests.

We don't currently have sailings listings for this cruise line but we can still book it for you.

Simply call our team of travel specialists on 0800 954 0064, or submit an online enquiry using the form below.

Thank you! Your submission has been received!
Oops! Something went wrong while submitting the form.

Pandaw started life as the Irrawaddy Flotilla Company, in 1865. It operated along Burma’s most famous river and, by 1920, had a fleet of 650 ships; some of which were licenced to carry up to 4,000 passengers. After the Japanese invasion brought the operation to a standstill in 1942, it wasn’t until 1995 that things started up again. Paul and Roser Strachan began to charter local boats until Pandaw, as it exists today, was created three years later.

The company is named after a ship that Paul Strachan discovered in 1998. He arranged for it to be restored and this was the beginning of great things. Since then, Pandaw have expanded to many other countries within Asia, whilst also sailing the first vessels across Cambodia’s inland sea – the Tonle Sap. As of 2015, they have 12 uniquely crafted ships that are made from teak and finished with shining brass detail.

All of the staterooms across all of the Pandaw ships are the same, helping to create a universal feeling that you intrinsically associate with the operator every time you step on board. Your cabin will be an escape from 21st century life, and so they are no TVs, phones, internet connections, or even minibars. This also stops the ship feeling like a floating business hotel and creates more of authentic environment.

The exposed teak of your stateroom offers a warm and welcoming space and one in which you can truly unwind. Fresh flowers on your arrival, free mineral water, and complimentary kimonos and slippers also add to the tranquil holiday experience.

Instead of a stuffy and formal dining room, your meals will be eaten in a bright and airy restaurant. This is because each space is designed so that the sides can be opened-up to let the fresh air in from outside. In the evenings, these are closed and air conditioning is used instead. Pandaw’s newest ship, Katha Pandaw, has even done away with the idea of a restaurant altogether, and instead you will be able to dine on an open-air deck.

The food will have an exotic feel, with the opportunity to try a wide range of local dishes. However, if you would prefer European cuisine, there will be alternatives available. Breakfast takes the form of a buffet, whilst lunch has buffet options for dessert and salads but the main course is served at your table. The evening meal will be entirely served at your table and there will be at least two themed dinners on every itinerary.

As well as your personal cabin space and the dining area, each ship has a library in which you can take advantage of the modern and classical literature or simply relax. In most cases, there is also a fair-trade shop. All ‘P Class’ vessels have a sun deck, which includes a bar, from which you can admire the breathtaking scenery as it floats by.

As well as the shore excursions, there are also a number of onboard activities that you can choose to take part in if you wish. These include things like fruit carving, napkin arranging and even cooking lessons. As well as these, you will be treated to onboard performances that aim to immerse you in the local culture. For example, in Burma you could find yourself watching a production by the famous Marionette Theatre.

During your shore excursions with Pandaw, you won’t be ushered straight off the ship and onto a hot coach, as the operator tries not to use cars or buses to transport its guests. Instead, you may find yourself travelling by speedboat, as you go deeper into the jungle, cyclo (a traditional form of transport in Burma which looks like a bike with a pram that you can sit in attached to the front), and your own two feet.

Specific excursions will vary depending on which itinerary you choose, but all are included in the price. Expert guides will take you on village tours, around local markets and to the major tourist attractions. However, there is always the option to explore on your own if you would prefer.

Pandaw is a river cruise line that specialises in journeys through Asia. Taking you to countries such as Laos, Vietnam, Cambodia, China, India and Myanmar, their experts will help you discover the culture along the Irrawaddy, Mekong and the…
Find out more...

Cruising Through Borneo With Pandaw

As the trend for exotic river cruises continues to grow, we look at Pandaw's new itinerary through the jungle of Borneo.
Find out more...

Bonded by the Association of British Travel Agents (ABTA) and by the Civil Aviation Authority's Air Travel Organisers Licensing (ATOL) scheme, you can look forward to your next adventure with the peace of mind that your money is financially protected in the event of unforeseen circumstances.